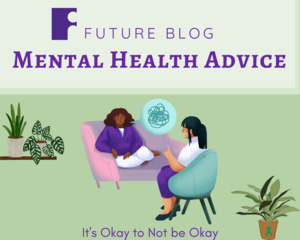 (This content has been edited for clarity and grammar)

It’s Okay to Not be Okay

Before I get started, know this post isn’t inspired by the Korean drama “It’s okay not to be okay”, it does however talk about the themes related to the drama. But not just in the drama, but in real life too. How many times have we heard the words “It’s okay not to be okay”, how many times have we heard it? Did we even listen to it? Maybe, maybe not. We probably never heard it because we were always taught to be strong, that we have to be okay all the time. But no one ever told us that it’s okay not to be okay sometimes. Sometimes we will fall down, and despite feeling down our feelings matter. It’s not a “funk” or a “phase” a person is in. It is true that people of every age go through different kinds of phases, but it doesn’t mean that whatever we feel during those phases isn’t validated, our feelings shouldn’t be brushed off just for the sake of it. For instance, when kids hit puberty, we shouldn’t let them go sometimes thinking it’s because of puberty. Instead, we should try to be understanding with them, and try to support them as much as we can. Puberty can be a pain, but we all have experienced it.

I am sure, there might have been times when we needed someone, but they weren’t there. So, now that we have the opportunity to help kids that are going through these changes, we should help them rather than giving them the same treatment we got as kids. Mental health has always been stigmatized, even though people have slowly adapted to the idea that sometimes getting help isn’t bad, it still wasn’t a topic that was talked about openly. But now, especially because of the pandemic, people are beginning to understand the importance of mental health, and how if our inner self is at peace with the choices we made or will make, then our lives can get better.

Even if we fall down, we know we can get back up because we know the feeling of falling down and then starting from scratch; so falling down doesn’t scare us. I know mental health, especially on the Asian side, is hard to accept and talk about, because we were never taught its importance until we grew up; sometimes people may laugh it off even though they shouldn’t. But at the same time, it makes sense because no one talked about this topic with them. So, they don’t know how to react in matters regarding this. Sad thing is that people in Asian countries don’t believe in going to Psychologists. They rather get their work done by religious priests, but not go to a doctor. It’s unfortunate because not many people are able to access counseling, and those who do have access don’t go through with it due to the fear of shame.

So, I just wanted to say to today’s and upcoming generation: if you aren’t feeling like yourself, if you want to talk to someone please do talk. No one will judge you, honestly, no one is in a position to judge you. We all should try to be there for each other, not just because of the pandemic but for any upcoming future issues. We will be stronger if we get the help we need. Sometimes, people hesitate to ask for help because they are independent. However, if you need help, then speak up. Asking for help won’t make you dependent on anyone, asking for help is not meant to shame anyone, it’s just to clear the chest and the mind with many years of unspoken feelings. So, if someone tells you that they are not okay, just look in their eyes and say earnestly that “it’s okay not to be okay sometimes” so that they know that they don’t have to be strong all the time. Sometimes, it’s okay to rest.