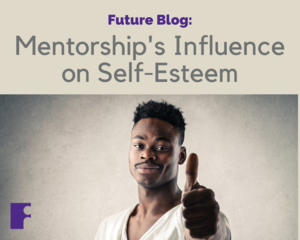 An article by Jean E. Rhodes and David L. Dubois called “Mentoring Relationships and Programs for Youth” studies recent research that states programs involving mentorship are successful when close personal connections are made which promotes and aids in the positive development in adolescence. Some have even stated, in a study conducted by Dubois along with Silverthorn in 2005, having and developing mentor relationships assisted with improvements and great impact on their education, work, health, mental health, personal identity, and behavior.

Mentorships have proven to be a good path for adolescents when it comes to positive development, but the effectiveness is still small. In 2007 a study conducted by Jolliffe and Farrington showed over eighteen evaluations of juvenile offenders there were found to be very small in its effectiveness of mentorships. Another forty evaluation was conducted that showed those that received mentorship showed more improvement than those that did not, but still showed lower effectiveness of mentorship in contrast with those in college or adulthood. Overall, it is believed if more research is done with mentorship relationships and how they should be set up an even greater increase of positive developmental effectiveness will be shown. Children as early as five years old beginning to develop self esteem. Self esteem begins to be influenced upon by the guardians, but over time can be redirected by outside factors or people. Through activities and interactions, even how other react to someone self esteem begins to either decrease or increase. The article also points out how mentorships assist in personal identity development, part of which is self esteem.

Self esteem can be affected by many factors one that can still be seen today is values in culture. Values in culture can be so strong that someone surrounds their whole life and thoughts to follow and honor those values, rather than setting one’s own values for themselves and following the ones that they create. I believe it is important for people to create their own values while also including those cultural values, but in agreement with the book most have a natural tendency to want to belong to a group. Belonging to a group or being part of something that has a set of values allows someone to uphold standards and develop a feeling of belonging to something vs feeling or being left out. I believe considering factors such as values in culture when researching how to improve mentorship effectiveness will show a greater impact on the personal development of adolescents.